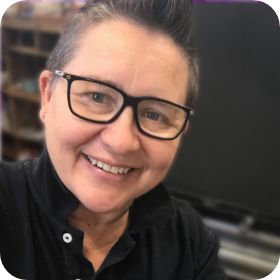 “Please would you make sandcastles like all the other kids and not fill my car with pebbles from the beach.” My grandad’s words still make me smile when I look back at my journey as a jeweller and gem cutter.

Opening ‘The Crystal Gallery’ in Sydney, with my business partner in 1987 was a sheer delight. I was 20 years old then and it all seemed very easy and the extreme hours never bothered me, as playing with crystals and gems couldn’t be classified as hard work.

Travelling around the world buying and selling was fantastic. Bespoke jewellery and high-end clientele soon became part of the business. Managing stock and ranges was an art in itself as there was often a fine line between stress and success!

Having a partner who was astute in business definitely helped, and my knowledge of stones and gems brought the perfect balance. Learning as we went, it was a great journey.

I eventually left the business and moved to Daylesford in Victoria for another venture, and quite frankly a rest!

After a couple of other changes, I eventually settled in northern NSW where I bought a coffee farm and opened the Lismore Rock Shop. With my studio in the rear of the shop, I enjoyed making bespoke jewellery for local customers as well as some I had retained from Sydney.

A good balance of farm and work life was what I was trying to achieve. I soon became too busy on the bench, so I took the radical approach to close on a Monday, just for making. As I found, even hiding from the public on the workbench (now behind a new wall), they still only wanted to talk to me, not always about jewellery, but sometimes about their cat!  As any jeweller would know, disturbing your creative flow hurts! Monday expanded to Tuesday, and even though I was on the main street, the customers adapted and my profits actually increased.

During a fateful week in March 2017, I was having a word to myself saying that I was going to have to slow down as my hours were going up and up and I had a 4-month waiting list for work to be done. The next night, Cyclone Debbie dumped 600mm of rain on the hills behind Lismore. The two rivers in town burst the levy and 2.5 m of water filled the CBD.

Thirty years of notes, tools, paper files, computer systems, books, busts, gem cases and cabinets were all destroyed. For two days, filthy chemical-infused mud and water filled the shop to the ceiling. I lived out of town on the farm and was cut off by rivers across roads.

By the time we were allowed back, it was a war zone. Shovels and heavy machinery piled the mess into skips. We were all broken. Small business owners who knew each other were hugging and crying. I had no cabinets, no infrastructure, I couldn’t re-open. 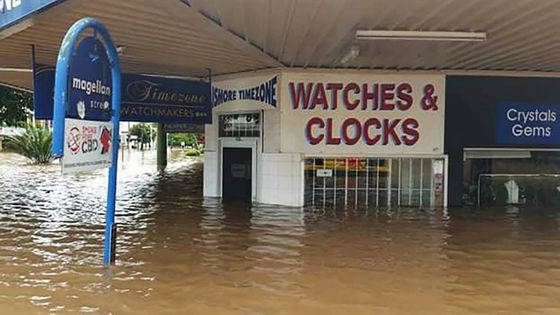 No business meant no mortgage, so in my shock I put the farm on the market, thinking it would take a year to sell. Eight hours later, it was sold. Now I had to pack up the farm. Luckily most of my gem cutting machines were set up in the farm shed, so I had something to start with.

I made the decision to move to Tasmania - so onwards and southwards! After a few swings and roundabouts, I finally made my home in an old Commonwealth Bank in a delightful village, thirty minutes from Launceston.

Yes, my eyes lit up when I saw the vault and the security. I could see a space to start again and rebuild the business and the clientele. Workbenches are now where the tellers once were and the showroom and a shop are where the customers came into the bank. I can see mountains from the street outside and the village green keeps my dog and I fit.

I opened for business on Valentine’s weekend 2021, and after so long out of my own shop, I loved the opportunity to talk about gems and jewellery again.

The cutting machines for the stonework are all up and running, and I am offering lessons for people to up-skill or learn afresh. I am happy to do bespoke lessons for people wishing to visit my part of the world, enhance their skills and see some of the Apple Isle.

My new life in Tassie is not just about the bottom line. It’s about work-life balance and giving my creativity an opportunity to flow.

PS. Make sure you open all your drawers and cupboards once a year and take a video to prove to insurance companies what you have. Then if you ever you have to list it, you have a visual history. Meet Jackie Ribbons
Watch the video below to meet Jackie and be impressed by her skills and her character.