One for the Generations 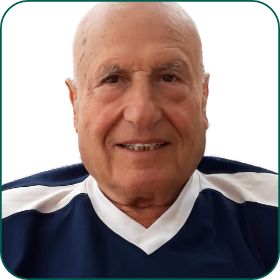 One for the Generations

Samuel Gabriel arrived in Australia in 1972 as a young man fresh from his 5 year jewellery apprenticeship in Istanbul.

On his second day in Australia, with limited English, he caught the train into the Sydney CBD and caused great concern to his family because he did not get home until late. It turns out that he had secured a job with Geneve, one of the leading jewellers at the time. He commenced work immediately and worked until 6 o’clock.

Samuel had some tools but had to buy more to enable him to ply his craft. His employer loaned him $150 which he paid back at $5 per week.

From the very start Samuel was doing jobs on the side for friends and acquaintances, and so began a family of customers that has grown through the generations.

After 8 months with Geneve, Samuel decided to be a sub-contractor to them and other jewellers. He established a retail presence "Rainbow Jewellers" in 1980 at Hurstville and is now located in Miranda.

Samuel’s new customers today are the children, grandchildren and great grandchildren of previous customers and they are now purchasing their own engagement and wedding rings.

This is truly a testament to the quality of Samuel’s work and the care and attention he provides. He firmly believes that jewellery is art and that each piece has to be unique.

Samuel specialises in hand made diamond rings and redesigning old rings. Each job starts with a sketch of the design and he delights in turning this sketch into a reality that his customers will love.

At age 75, Samuel has no intention of retiring. His customers have become a part of his family and he would miss the interaction with them.

Samuel, who is known for his happy disposition, says “Honesty and trust are the keys to success. If you do the right thing by the customer, they will come back.”

And so will their offspring!