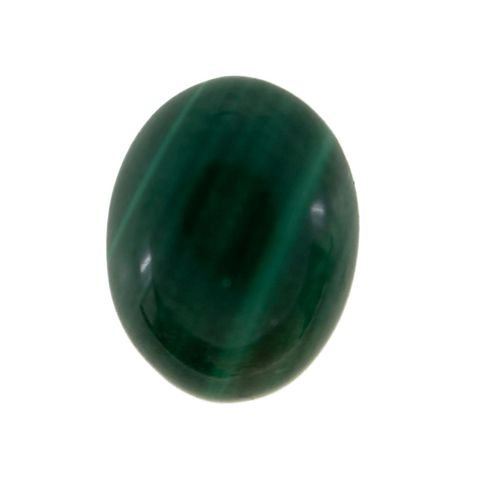 The luxuriant, swirling patterns of malachite have striking light and dark green marbling that is unmistakable. The startling beauty of this stone has come to represent sensuality and beauty. Malachite, pronounced (Mal-ah-kite), probably derives its name from either Greek malhe, meaning grass for its green color or Greek malakos, meaning soft because the stone lends itself well to being carved. With its concentric, eye-like rings of green that mimic the eye of a peacock feather, this stone has captured the imagination of many cultures for ages, and has been described by poets as spring grass swaying in the wind. Malachite is a stone that looks amazing when paired with sterling silver, copper or gold metals. It is well suited for green tonal pieces that echo the hues of foliage